I have seen a strange problem when we target the drivers as software package the installation was never triggered in the Task sequence, When we look for an alternative to make this package as PnP it will fail some time the package will install however we will get below error screen, 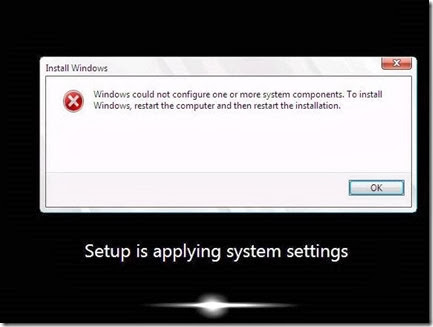 Solution:- This kind of issues we have on almost on all the new release of 2013 laptop models regardless of Manufacture Dell/HP/Lenovo because these are meant for Windows 8 OS where windows 8 support the UEFI. Before we install OS we need to apply KMDF patch on all OS, as a SOE engineer it’s better to include this in all your WIM images before you actually deploy to latest models (I personally suggest). For the solution steps, keep a look at my simple Task sequence that I have … I will be explaining you in next section 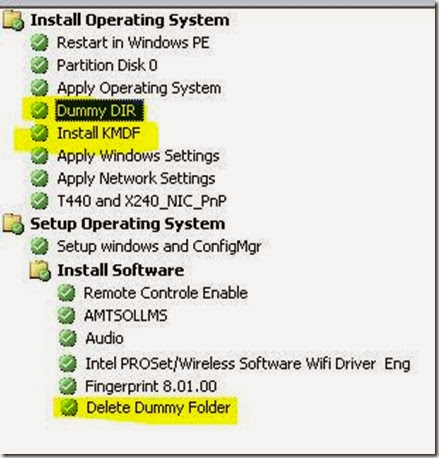 For my Partition Disk I have defined variable as %OSDisk% .. see the below screenshot 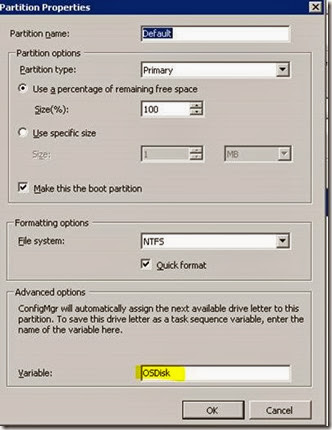 After apply Operating system, I have added a command line as below, for DISM Temp Directory 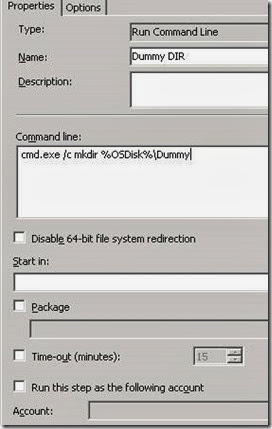 cmd.exe /c mkdir %OSDisk%Dummy I have downloaded the patch from Microsoft and used 7zip tool and extracted it
Path for Download link http://www.microsoft.com/en-in/download/details.aspx?id=38423 Based on the X86 (kmdf-1.11-Win-6.1-x86.msu) or X64 (kmdf-1.11-Win-6.1-x64.msu) Once you have extracted the
If extracted X86 you will be getting below

If Extracted X64 you will be getting as below

Create a SCCM Software package (program is not required) from the source that you have extracted above i.e., X86 or X64 the version is dependent on your WIM Architecture In the SCCM task Sequence call a Step as Install KMDF and type of step should be a “Run Command Line” And in the command line paste below and replace the package ID with your package ID i.e., LAB00080 with your package ID cmd.exe /c X:windowssystem32dism.exe /ScratchDir:%OSDisk%Dummy /Image:%OSDisk% /Add-Package /PackagePath:%_SMSTSMDataPath%PackagesLAB00080Windows6.1-KB2685811-x86.cab Note:- if you are deploying for Windows X64 Bit then you also need to change the from Windows6.1-KB2685811-x86.cab to Windows6.1-KB2685811-x64.cab in the above command line Show the Package that we have created in SCCM sw distribution section. 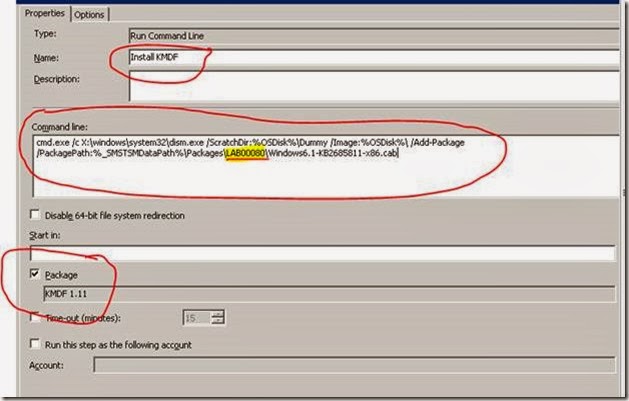 cmd.exe /c rmdir "%OSDisk%Dummy" /q /s That’s all…. Now it should start installing all the drivers packages that you pushed from PnP or as Bad package / Software Distribution based..